Vines have been grown at the place named Cheval Blanc for centuries and the vineyard of Saint-Emilion has produced wines of outstanding quality year after year, decade after decade, since late antiquity… they are some of the most acclaimed in the world – and the mythical Château Cheval Blanc is at their forefront

Although the exact location of the first vines grown in Bordeaux is unknown, the vestiges of luxurious villas – the ancestors of today’s wine châteaux – have been found in Saint-Emilion. One such villa belonged to Ausone (Ausonius in Latin), poet-winemaker and Roman Consul in the 4th century AD. The expansion of the Saint-Emilion vineyards continued through the centuries, especially during the Middle Ages. The creation and development of the port of Libourne in the 12th century, during the English occupation, led to thriving maritim trade that spread the reputation of Saint-Emilion wines throughout Europe. They were already considered of superlative quality at the time, with unusual ageing potential, and were often given as special gifts to royalty and other important people. Poetically referred to as “the hill with a thousand châteaux”, Saint-Emilion has a colourful history. Skilled and enthusiastic winegrowers have long contributed to its stellar reputation.

The appellation surrounds the eponymous medieval town on a limestone plateau situated east of Libourne, where the Isle and Dordogne rivers meet. Château Cheval Blanc has an altogether unique terroir in Saint-Emilion. While most of the appellation’s other famous estates have limestone soil dating from the Tertiary Period, Cheval Blanc’s soil features alluvia from the Quaternary Period deposited by the Isle. And like most of the prestigious estates in Pomerol, Cheval Blanc’s soil formation has a varied texture that does not include limestone. However, Cheval Blanc is also different – and unique – in that the proportion of gravel and clay is just about equal. This gift of nature is essential in understanding the estate’s history.

Archives show that vines have been grown at Cheval Blanc at least as far back as the 15th century. Furthermore, a document dated 1546 shows that the owner at the time leased the vineyard, and a contract from 1587 specified that the sharecropper “will live there when the sun goes down to keep an eye on the vines…”. A century later, the “Au Cheval-Blanc” tenant farm was sold to Bertrand de Gombaud for the sizeable sum of 1,400 francs. Two winegrowers were living full-time at Cheval Blanc on the eve of the French Revolution. This was very unusual at the time, and reflects how highly the terroir was regarded. 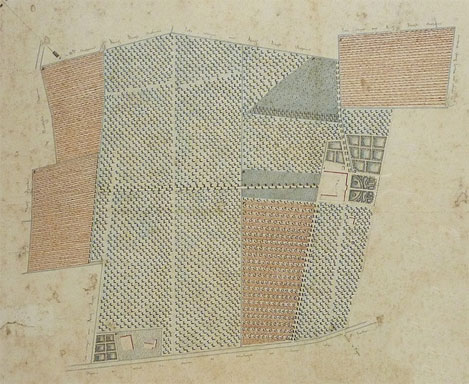 Cheval Blanc was able to realise its greatest dream in the 1880s, when it began to be considered on a par with the first growths of the  Médoc – and one of the most dependably fine wines in the world – by the wine trade and connoisseurs. Thus, in the latter half of the 19th century, Cheval Blanc was in the same price bracket as Margaux, Latour, Lafite, and Haut-Brion in Paris and London auction houses. The wine’s reputation earned it a place at prestigious meals, major receptions, and state dinners.

The most prestigious part of Cheval Blanc’s history can be said to date from 1832, when Jean-Jacques Ducasse, President of the Libourne Trade Tribunal, purchased the core of the present-day estate. Over the next twenty years, the purchase of plots belonging to Château Figeac led to the creation of the 39- hectare vineyard as we know it today. The configuration has remained practically unchanged. The marriage of Jean-Jacques’ daughter, Henriette, with Jean Laussac-Fourcaud, a Libourne wine merchant, opened a new chapter in the history of Cheval Blanc that would define and consolidate the identity of this unique property.

After Henriette inherited Cheval Blanc, her husband undertook a spectacular renovation. He was among the first people to understand the importance of water stress to produce the finest wines, and put in an efficient drainage system.
However, the greatest progress made by the new owners was in the vineyard. Aware of Cheval Blanc’s outstanding potential, and helped by an extraordinary intuition, Jean Laussac-Fourcaud replanted part of the estate in the 1860s with a totally atypical proportion of grape varieties: half Merlot (the king of the Right Bank) and half Cabernet Franc. This replanting was finished in 1871.
Formerly known as vin de Figeac, the wine was first sold under the name Cheval Blanc in 1852. This was the beginning of a prestigious career. 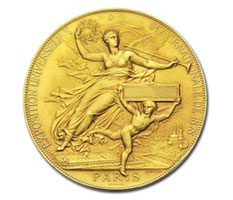 After Jean Laussac-Fourcaud passed away in 1888, his widow inherited the estate. She, in turn, left it to her son, Albert, who had reversed his hyphenated family name by this time. Albert Fourcaud-Laussac perpetuated the work undertaken by his father and installed twelve wooden vats that were used until 1966. Major investments were made in the vineyard and selected old vines reproduced by mass selection.

The same cellarmaster was in charge at Cheval Blanc for 44 years – Gaston Vaissière poured his talent, energy, and enthusiasm into making the most of a terroir he considered “magical”…

Cheval Blanc obtained the highest possible distinction in the first classification of Saint-Emilion wines in 1954: Premier Grand Cru Classé “A”. This exalted rank was confirmed in every following classification in each subsequent decade. Cheval Blanc became a member of the exclusive “Club of 9” comprising the first growths of Bordeaux.

A page was turned in autumn of 1998 when Bernard Arnault and Baron Albert Frère, two old friends and lovers of great wine, joined forces to became the owners of this fabled château in Saint-Emilion. They injected a dynamic new spirit, while respecting the château’s history and existing facilities. They also placed their complete trust in the winemaking team to continue their good work.  The priority today is the ultimate in quality, which calls for enormous attention to detail and precision winemaking

Furthermore, Cheval Blanc is resolutely turned towards the future. This is epitomised by the impressive new cellar adjacent to the château. Designed by Christian de Portzamparc, winner of the 1994 Pritzker Architecture Prize in 1994, this was completed in June 2011. Reflecting the desire of Baron Albert Frère and Bernard Arnault, this building is both futuristic and in keeping with the surrounding historic vineyard landscape listed as a World Heritage Site by UNESCO.

Winegrowers have succeeded one another at Cheval Blanc for six centuries in the context of a “wine civilisation” some 2,000 years old. The wine from this estate is now a joy to men and women all over the world who are aware that a great growth such as Cheval Blanc is a treasure of voluptuousness and pleasure. 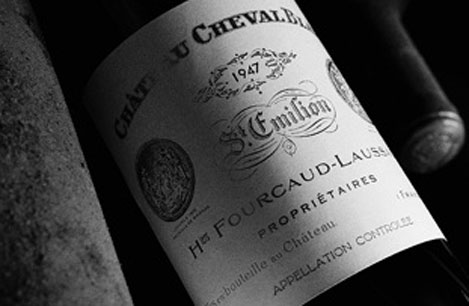 a page was turned in autumn 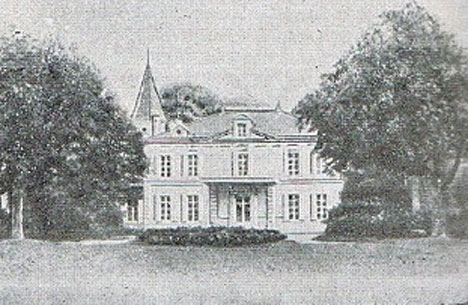